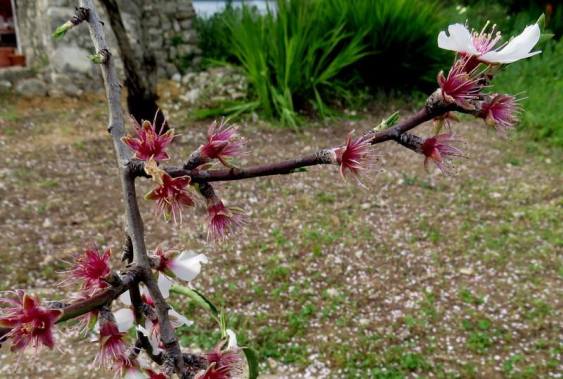 I’ve been reflecting on promises quite a bit these days. Not just any promises, but God’s promises. And, well, to be honest it hasn’t been days, nor even weeks. It’s been months… which have gradually added up to a few years.

You see, there is this mystery about the Father’s promises – the ones He makes to us very personally. Not the “I will never leave you nor forsake you” kind (though equally mind-blowing!), but rather the very specific, “I’m going to do this or that in your life” variety.

And whenever I think of sitting down and writing about what I’ve been learning, I can’t quite bring myself to do it. Because there is still so much I have yet to grasp, and it just feels a bit beyond my reach. So I wait. And continue to reflect.

Today I decided that maybe part of the deeper revelation I’m looking for will actually come through documenting my meanderings. You know how sometimes retracing your steps leads to interesting discoveries of things you’d missed along the way?

If you’ve been reading this blog for a while (and kudos to you if you’re still with me, as I haven’t been the most faithful writer in recent times), you may have noticed that God speaks to me a whole lot through imagery, and in particular, through His creation. All that He spoke into being for our pleasure represents unique aspects of His character and, if we’re attentive, can teach us foundational principles that reflect the very essence of His being. What a gift!

Denny and I have the great privilege of living on a piece of land that hosts eleven different kinds of mature fruit trees: orange, tangerine, lemon, plum, pomegranate, loquat, fig, banana, carob, almond, and olive. As I have been observing them in their various seasons of life, I can’t help but notice how they mirror the process that we often walk through from the moment God speaks a promise to us to the point of its fruition. 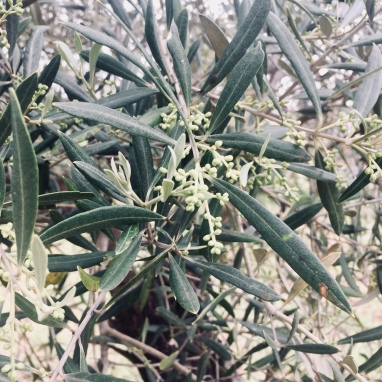 The most significant of these is the almond, and it’s the first of the Algarve region’s fruit bearing trees to awaken from its wintry slumber. As early as late January, a mantle of white and pink blossoms begin to adorn its dark branches, a feast for the eyes of a warm weather lover such as myself. 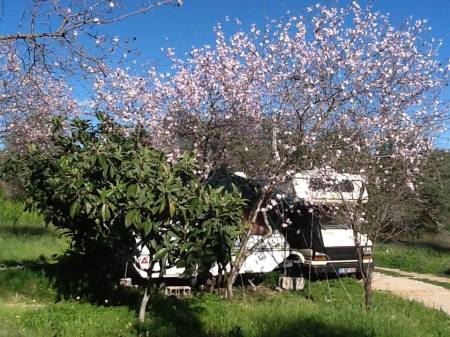 The delicate flowers are a sweet reminder that there is yet hope. They assure me that, although certain promises whispered to me in times long past may appear to have been forgotten, they are merely dormant, at rest, waiting for their moment of glorious awakening. 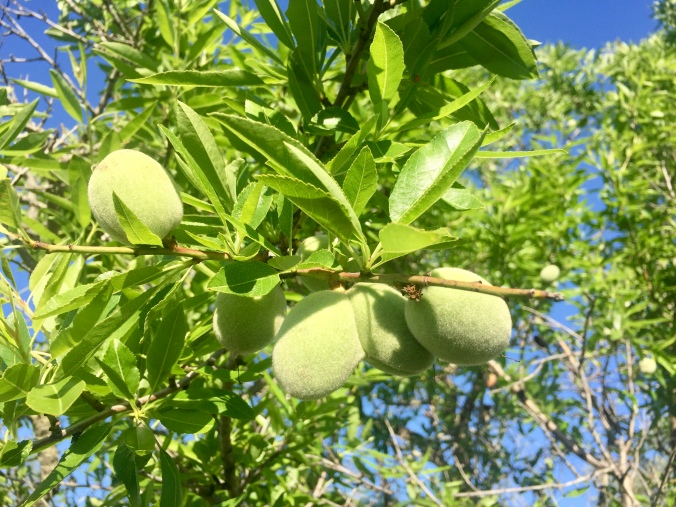 By March, the almond tree is bursting with green, furry fruit nestled among its array of slender, shiny leaves. But don’t let all that hyper production fool you… those buzzards will take their sweet ole time ripening! Our plum tree flowers in April and yields delicious fruit by July.

Mr. Almond, however, matures ever so gradually, its hull turning a crispier brown in late August to early September, slowly cracking open and falling away to reveal that precious nut. And only as the last rays of summer light upon our skin, is he ready to be harvested and eaten.

Each year, as I observe the almond tree’s long and tedious process from precocious blossom to mature fruit, I reflect over and over upon that conversation between God and the prophet Jeremiah:

The word of the Lord came to me: “What do you see, Jeremiah?”
“I see the branch of an almond tree,” I replied.
The Lord said to me, “You have seen correctly,
for I am watching  to see that my word is fulfilled.”
Jeremiah 1:11-12

God, the giver of language itself, actually used a curious play on words here, as the Hebrew word for “almond” – shaked – also means “to watch”. In showing Jeremiah the almond branch, the Father assured him that He was watching over His promise to make it happen, no matter how much time might pass, or how deeply Jeremiah might feel as if he’d been forgotten.

What do you see?

This biblical analogy of the almond branch creates such a vivid picture for me. Every January or early February, when I’ve just about had it with cold, dreary, damp weather (both inside and out, as Southern Portuguese homes are not very well insulated nor heated), and I’m struggling to see what God has promised, they begin to make their appearance. Those almond blossoms – a precious reminder.

My God has not forgotten me, nor His words of promise to me! He is watching over them, and He will fulfill them. Though I pass through seasons of apparent darkness, where life feels barren, as if it’s all but come to a halt, it is then that He is perfecting His very word within me. He is giving rest, strengthening my root systems, and storing up nourishment for the season to come – the one that will be rich with pouring out, with bearing tender fruit and patiently enduring as it matures. 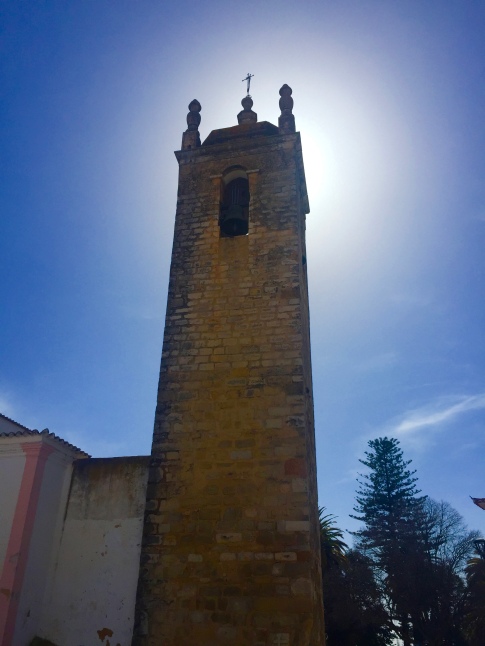 And although some promises declared long ago continue to hold their vigil, observing the passing of yet another winter season followed by the new birth of spring and summer’s fruitfulness, still longing to be fulfilled – I will not grow weary of trusting, of expecting and hoping in my Father.

He is not only the God of great promises, but also the Lord of the seasons. In His timelessness, all things mature to perfection. I need only to adjust my vision, to behold what He’s envisioning, to see correctly.

So, as I wait, I choose to hope against all hope, strengthened in faith in the One who has the power to do all that He has promised!

Against all hope, Abraham in hope believed
and so became the father of many nations,
just as it had been said to him, “So shall your offspring be.
Without weakening in his faith, he faced the fact that his body was as good as dead
—since he was about a hundred years old—and that Sarah’s womb was also dead.
Yet he did not waver through unbelief regarding the promise of God,
but was strengthened in his faith and gave glory to God,
being fully persuaded that God had power to do what he had promised.
Romans 4:18-21 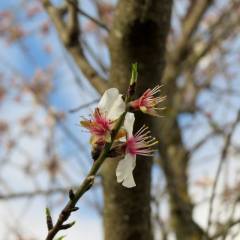 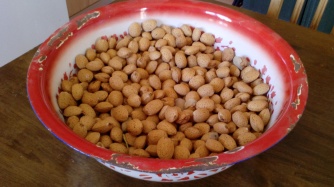